The Government is warning that it is “unlikely” it will be able to give advance notice of any future cuts to the plug-in car and van grant.

A reduction in the grant for the purchase of electric vehicles (EVs) was announced without any notice in March.

The fleet and leasing industry was critical of not having been given prior notice of the reduction, with some customers missing out because they were part way through the order process.

However, representatives from the Office for Zero Emission Vehicles (OZEV), part of the Department for Transport (DfT) which administers the grant, confirmed they are “unlikely to be able to provide additional notice” given the need to manage the grant budget “on behalf of taxpayers and future grant applicants”.

Attending a meeting organised by the National Franchised Dealers Association (NFDA) to provide retailers with clarity around the grant following recent cuts, OZEV said that going forward, the Government intends to “gradually deliver a managed exit” from the grants (which have been extended until 2022/23) although uptake will continue to be supported through other measures.

OZEV added that the relatively low levels of demand when the grant was first introduced meant they were able to give advance notice of rate changes. 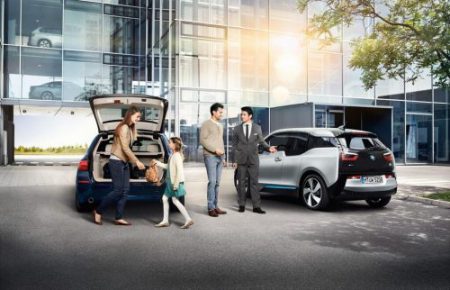 However, when the market was given advance notice of a reduction in the grant in 2018, the news sparked a rush from buyers eager to qualify for the grant at the higher level.

It reported that grant-eligible vehicles were sold at a rate that was more than six times higher than normal, causing officials to bring the original date forward.

When a further cut was announced in the plug-in car grant last year, the industry was just given a few hours’ notice.

OZEV also highlighted they are “unlikely” to offer leeway for grant changes similar to the 28-day, which was offered following the most recent changes.

This allowed dealers and manufacturers to claim at previous rates and eligibility criteria for any orders that were placed by customers in the 28 days before the grant rate change which were not logged on the portal.

Sue Robinson, NFDA chief executive, says that the meeting with OZEV officials was “extremely useful” in providing retailers with further clarity around the plug-in grant, including details on the definition of price cap which not all dealers are aware of.

“Going forward, we will continue to work closely with OZEV to best represent our members’ interests and, in turn, provide franchised dealers with clear and timely guidance,” she said.

The price cap definition to qualify for the plug-in grant says cars must be priced below £35,000 RRP.

In response to the new £35,000 qualifying threshold, carmakers have been rushing to adjust electric vehicle (EV) prices, so they remain eligible for the plug-in car grant (PiCG).

Nissan, Vauxhall, Peugeot, BMW and Hyundai, which had electric cars priced just above the new £35,000 threshold, reduced vehicle costs to remain eligible for the grant.

Meanwhile, Volkswagen has expanded the ID4 range, with a new entry-level City model priced below the qualifying threshold.