New motor boosts electric car’s performance; it’s no every-occasion car, but it has loads of appeal as an urban runabout

This time, you rather suspect, the refresh represents Renault in a counter-punching mood, doing what it can to maintain the car’s market-leading position in the face of, among other rivals, a brand-new Nissan Leaf. Still, if it delivers a better car to anyone who takes the electric plunge this year, those new owners won’t be complaining. 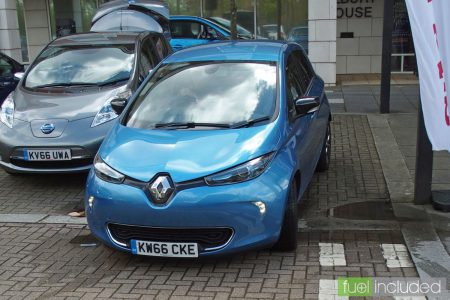 This isn’t the most wide-ranging of mid-life overhauls. The edited highlights consist of a more powerful electric motor, an update for the touchscreen infotainment system, a new paint colour (Renault calls it Aconite Purple, and it’s the shade of our test car) and a few new pieces of interior trim.

So, having had 91bhp and 162lb ft to offer last year, the Zoe now has 107bhp and 166lb ft with which to tempt your toe, although that still leaves it shy of the outputs of the BMW i3 and Leaf by some margin. Handily, the Zoe’s motor upgrade doesn’t affect its energy efficiency or battery autonomy, with range remaining either 250 or 186 miles, depending on which of the EU’s lab test driving cycles you’re testing it on.

Renault proudly claims this is the market’s longest-range mainstream electric car, and with some credibility, at least as far as UK consumers are concerned. It’s certainly true that none of the Zoe’s current crop of electric rivals (the Leaf, i3, Volkswagen e-Golf and Hyundai Ioniq Electric) has been rated to go quite as far on a single charge.