Automaker executives from Ford, GM, Nissan, and Toyota are fond of saying that not very many consumers want electric cars. They sometimes claim they could produce many more electric cars, but customers are not asking for them. (The execs somehow ignore the hundreds of thousands of orders Tesla has pulled in for the Model 3.)

Aside from giving me wicked cognitive dissonance via the completely incorrect claim that consumers don’t want electric cars, the insidious thing is that these automakers have hardly used traditional means of drumming up demand — aka advertising — to try to persuade buyers to want their electric cars. 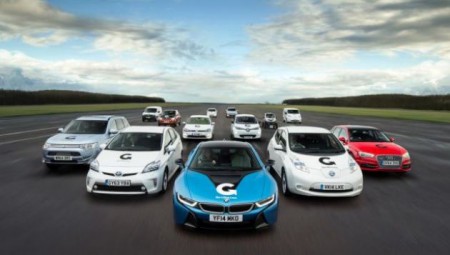 ULEVs across a range of segments (Image: OLEV)

Automakers have huge advertising budgets. Last I heard, the industry spends more money on advertising than any other industry in the US or worldwide. The automakers push SUVs and pickup trucks on you incessantly. They want to convince you to buy non-electric gas guzzlers. Yet, a new study from the Northeast States for Coordinated Air Use Management (NESCAUM) (NESCAUM) indicates that “six major automakers in the U.S. (General Motors, Ford, Toyota, Nissan, Volkswagen, and FiatChrysler) are spending almost nothing to advertise their electric vehicles,” as the Sierra Club summarizes it.

Furthermore, it’s clear that it’s not just one company that’s lagging. Across the board, traditional automakers spend almost nothing to shape the values and product interests of consumers in a positive way.