These 62 chargers are spread across twenty different regions in the UK, with the highest proportions being in Warwickshire (15), Greater London (six) and Oxfordshire (four).

These new charger installations are to support InstaVolt’s ambitions of delivering 5,000 chargers by 2024/25, with CEO Adrian Keen stating the record couldn’t have been achieved without the effort put in by the installation team, praising for having worked “incredibly hard”. 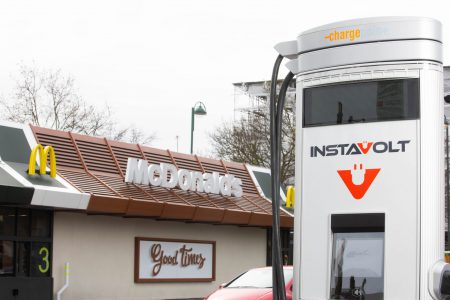 It comes after InstaVolt opened the UK’s largest public rapid charger motorway hub, located at Welcome Break’s service area on the northbound carriageway of the M6 at Corley in the Midlands.