Although 2020 will be primarily remembered for the pandemic, it has also been a watershed moment for electric vehicles. The rest of the car industry has seen massive drops in sales every month during the worst months of COVID-19, but the EV market has continued to grow. In the UK, by November, 162% more battery electric vehicles had been sold over the year compared to 2019. This was echoed across Europe, with EVs (including hybrids) outselling diesels in September and every month since. Here are the important events that have helped to make 2020 the year EVs came of age.

VW Takes The EV Market Seriously
After Dieselgate, Volkswagen has clearly felt the need to make amends, and is now the German carmaker with the most mainstream EV plans. The ID.4 SUV sold out overnight on launch in the USA, and in Europe the ID.3 compact was already the bestselling EV in October, just a few months after launch, surpassing the ever-popular Renault Zoe and leaving Tesla’s Model 3 in its dust. Considering VW’s heritage of taking cars to the masses – “people’s car” is what the word Volkswagen means, after all – the fact that the Teutonic giant is now going for the mainstream electric market really means something. VW is aiming to sell 28 million electric cars by 2028. Putting that in perspective, that would be three quarters of all cars currently on UK roads, and around 10% of current US motor vehicle registrations. It’s highly ambitious, but the ID.3 is great start despite software glitches in early vehicles. Volkswagen clearly sees how big EVs are going to be, very soon.

Tesla Promises $25,000 Car
Tesla hasn’t actually released a $25,000 car in 2020, but the company’s Battery Day 2020 showed in great detail how it was about to enter the battery business in a big way, potentially more than halving costs by 2023/24. Batteries are the most expensive component of an EV, costing as much as a third of the entire sticker price. Halving the costs of these would mean electric cars hit cost parity with fossil fuel ones, and then start becoming cheaper. This led Musk to promise a “fully autonomous $25,000 small Tesla” around 2023/24, which would mean from then on that fossil fuel cars would become the more expensive option. But VW is already discounting the ID.3 to this kind of level in some countries, MG has an SUV and a station wagon around the equivalent of this price, and in France the Renault Zoe can be had for as little as 20,000 Euros ($24,000) with all the discounts available. So the $25,000 Tesla by 2023/24 is no pipe dream. It may even be cheaper than that, and there will certainly be even less expensive options by then too. 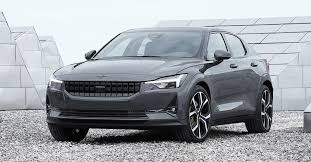 Polestar 2 Challenges Tesla Model 3
Tesla has a huge technological lead over its competitors, and a teardown of one of the company’s cars in February by Nikkei Business Publications put it six years ahead. It’s no surprise, therefore, that most other companies entering the EV market have chosen to target sectors Tesla isn’t currently in. Even the luxury electric SUVs from Mercedes, Jaguar and Audi aren’t directly competing with the Model X, and VW has clearly aimed its ID.3 at a European mass market that Tesla won’t be entering until it releases the much-vaunted $25,000 “Model 2” mentioned above. But one company has had the courage to go head-to-head with Tesla: Polestar. The Polestar 2 is priced and specified to go directly against the Tesla Model 3 Long Range. In fact, in the UK, it’s £90 ($120) cheaper. It doesn’t have the latest 2021 Model 3 Long Range’s massive 360 miles of WLTP range, and it’s not quite so fast either. But its 292-mile WLTP range and some great design features show that there will be some serious competition for the American giant, and likely sooner than in six years. Most telling of all is the fact that Polestar is part of Geely – a Chinese company that also owns Volvo, the LEVC taxi company, Malaysian carmaker Proton, and Lotus. So the Polestar 2 is just the beginning of the EVs we will see coming out of China very soon.