The Renault Zoe has managed to beat every other electric model in the market so far and is the best-selling EV in Europe year-to-date.

According to the numbers posted by the French automaker, the zero-emission supermini accounted for over 84,000 units from January to November 2020, almost twice as many compared to the same period of last year.

The Zoe was also the best-selling electric passenger vehicle in Germany, France, Italy, Spain and Portugal. Ever since production started back in 2012, Renault has managed to shift more than 268,000 units of the model in Europe. 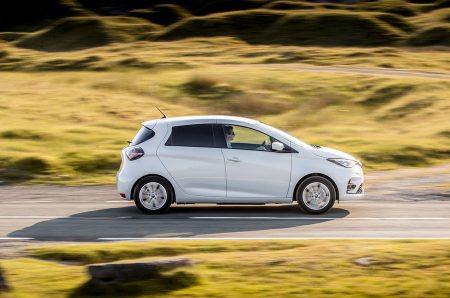 Almost one third of the electric vans sold in the Old Continent year-to-date was a Kangoo Z.E., so Renault also holds the crown for the best-selling electric light commercial vehicle (LCV), with 8,498 units. 57,595 units have been sold since the Kangoo Z.E. was launched in Europe 10 years ago.

In addition to the Zoe and Kangoo Z.E., Renault’s zero-emission portfolio also includes the tiny Twizy and the Master Z.E. van with a payload of up to 3.5 tons (7,716 lbs).

In other Renault related news, the automaker wants to reinvent the compact hatchback with the introduction of a new vehicle next year, which was previewed by the Megane eVision Concept and will rival the likes of the Volkswagen ID.3.

Based on the CMF-EV platform, shared with the Nissan Ariya, the concept uses an electric motor that generates 217 HP and 221 lb-ft (300 Nm) of torque. It’s powered by a 60 kWh battery that supports fast charging of up to 130 kW and can hit 62 mph (100 km/h) in less than 8 seconds from a standstill.