Global electric-vehicle sales will grow 50% or more next year, while sales of internal combustion engine vehicles are expected to grow 2% to 5%.

That’s the view of analysts at Morgan Stanley, who in a note to clients on Friday also predicted that global EV penetration would top 4%, rising to 31% by 2030.

The year 2021 “is shaping up to be a critical year for EV adoption and (internal combustion engine) de-adoption that will dictate the pace of multiple expansion, contraction, consolidation and proliferation” among the stocks, Morgan Stanley analyst Adam Jonas said in the note.

Investor interest in electric-vehicle and adjacent stocks continued unabated this week, as exemplified by Tesla Inc. TSLA, +5.96% closing the books on $5 billion worth of shares in just one day. 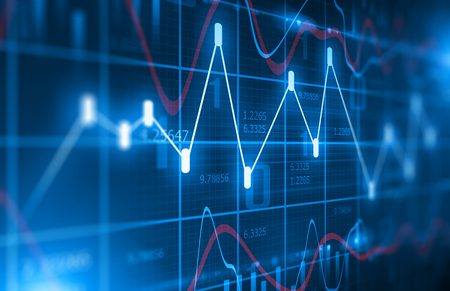 In other news this week:

Analysts at Morgan Stanley estimated that Tesla has a $20 billion “war chest” to fund expansion plans in 2021, which include two factories going up in Germany and in Texas and new vehicles such as the Cybertruck, its pickup truck.
Tesla Chief Executive Elon Musk made waves this week. Speaking at The Wall Street Journal’s CEO Council annual event, Musk confirmed he has moved to Texas, where his company is building a factory. He took jabs at California and Silicon Valley, which influence in the world he called “too much.”
Nio Inc. late Thursday announced that it plans to sell at least 60 million American depositary shares, with an additional 9 million shares available to underwriters. Nio stock dropped more than 4% in after-hours trading following the announcement, and on Friday dropped nearly 7%.

Nio’s and Tesla’s moves followed XPeng Inc., which said Monday it planned to sell 40 million ADRs. Li Auto Inc. announced last week its own plan to sell 47 million new ADRs. Both stocks struggled in the wake of those announcements.
Despite the momentary dips amid stock offerings, EV stocks are enjoying a 2020 stock surge that is more widespread than Nio’s jaw-dropping 2020 gains. Tesla is up 625% this year, while XPeng is up more than 111% and Li Auto around 100%.

Electric vehicle company Electric Last Mile Inc. has agreed to go public via a merger with a blank-check company, or special purpose acquisition corporation, Forum Merger III Corp. FIII, +2.73%
The deal would value Last Mile at about $1.4 billion, and once it closes, likely in the first quarter, the combined company will be renamed Electric Last Mile Solutions Inc. and trade on Nasdaq under the ticker “ELMS.” The company plans to launch electric delivery vans later in 2021.