How far is your car from driving itself?

Typically, when I review a new car, in addition to telling you how it looks, who its competitors are, and how much tech it holds, the main value that I bring to the table (or so I hope) is letting you know how it drives – basically what it feels like from the driver’s seat. 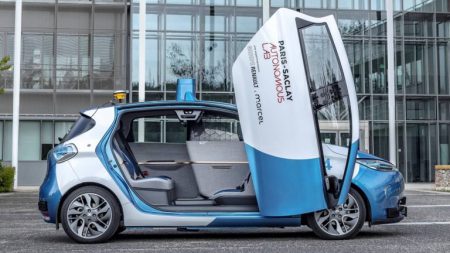 Well, I was rendered largely redundant on this occasion because all I can tell you is what it felt like to be driven around in this vehicle. You see, the car that you see here is Renault’s autonomous Zoe prototype. And I mean fully autonomous – well, sort of. After all, the autonomous Renault Zoe isn’t exactly ready for the chaotic traffic at the Arc de Triomphe roundabout in the heart of Paris as yet. For the moment, it’s restricted to the campus of the University of Paris-Saclay on the outskirts of the French capital. This is part of a pilot project being run by automaker Renault, a public transport multinational, the Transdev Group, technology companies IRT SystemX & VEDECOM and, of course, the University of Paris-Saclay.

Where does it operate?

For the moment, the autonomous Zoe will operate within the campus of the University of Paris-Saclay. It’s meant to provide an autonomous shuttle service within the campus for a select group of students and faculty who opt into the program and allow their fate to be determined by this vehicle that has a mind of its own – literally! At present, French law prohibits companies from charging patrons for a service such as this, so it’s voluntary and free of cost.