The new MG ZS EV will arrive with a 170-mile range in September, and will cost less than the Kia e-Niro and Hyundai Kona Electric

MG’s first all-electric car made its UK debut at this year’s London Motor and Tech Show, ahead of its planned launch on 1 September. The MG ZS EV will be the first offering in a wave of new products which will expand the marque’s line-up over the next few years, aiming to undercut the likes of the Hyundai Kona Electric and Kia e-Niro on price. 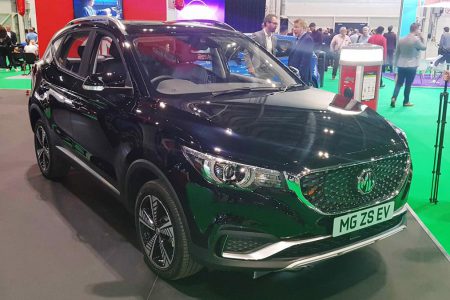 The British brand is promising that its new arrival won’t be limited by the supply issues which have hampered early sales of some of its rivals. Over the past few years, the brand’s parent company, SAIC Motor, has spent around $7billion (approximately £5.48bn) on research and development, most of which was invested in its all-electric platform.

Official pricing information has yet to be announced. However, when quizzed about the issue, MG’s UK head of sales and marketing, Daniel Gregorious, stated the firm’s aim to pitch its EV below the Kona and the e-Niro, giving a baseline figure of around £24,000 once the £3,500 Government grant has been applied.