Geneva — After years of promising electric cars, established carmakers are actually starting to build them.

But manufacturers are realizing that a shift to battery power also requires them to retool their sales machinery. The old come-ons are obsolete. Range is the new horsepower. Connectivity replaces cylinder count. And sustainability is the new status symbol. Volvo’s Polestar 2 electric car, unveiled last week, even comes with a leather-free “vegan” interior.

The need for carmakers to win over a public still hesitant about buying a car that needs half an hour or more to recharge is becoming more urgent as electric vehicles move closer to mass production.

Battery-powered rides like the BMW i3, Nissan Leaf and Tesla’s lineup have been available for years. But this once-niche category is now expanding at a breakneck pace. 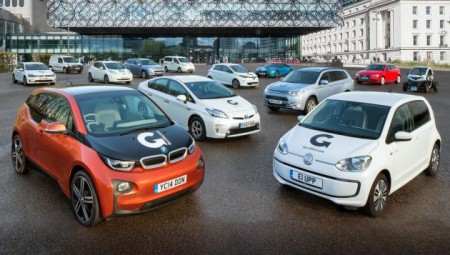 There are dozens of new electric cars on display at the Geneva International Motor Show, which opened to the public on Thursday and continues through March 17. These are not concept cars that may never be for sale, as tended to be the case at previous shows. They are vehicles with familiar brand names that you will be able to buy this year or next.

An electric Porsche is coming at the end of this year. Volkswagen is refitting a German factory to build a battery-powered car that, beginning in 2020, will sell for about the same price as a Golf.

Audi, a unit of Volkswagen, showed nothing but battery-powered vehicles and hybrids at the Geneva show. Renault, one of the first companies to offer electric cars, is renewing its lineup. Volvo skipped the show in order to leave the stage to its all-electric Polestar.

“2019 will be a decisive year for electromobility,” Herbert Diess, the Volkswagen chief executive, said at a company event in Geneva.