Exclusive: Research finds fuel price surge due to war in Ukraine means it now costs £600 less to drive an electric car for a year

Driving an electric car for a year costs almost £600 less than its petrol equivalent after fuel prices surged more than electricity costs, research by the comparison website Compare the Market has found.

Electric vehicles were already cheaper to run, according to figures shared with the Guardian, but the gap has widened significantly amid turmoil in global energy markets caused by the war in Ukraine. 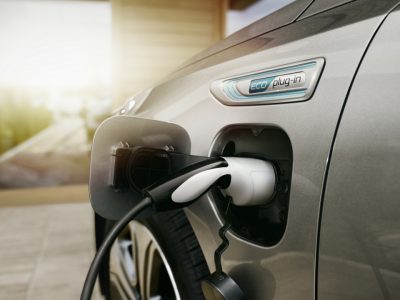 The average annual cost of driving an electric vehicle is £1,264, Compare the Market found, compared with £1,834 for a petrol car.

Running either kind of vehicle is markedly more expensive than a year ago.

Petrol prices hit record highs in March and have dropped only slightly this month, while the new price cap on domestic energy bills, which came in on 1 April, has brought with it higher electricity costs.

Petrol cars registered the biggest cost increase, up by more than £300 from £1,530, while electric car ownership is £137 more expensive than in 2021. The change means the cost advantage of an electric car has widened from £403 to £570.

The figures take into account average costs for insurance, MOT and fuel, as well as vehicle excise duty of £165 for a petrol car, a tax from which electric cars are exempt.