Battery swapping has become a lot like hydrogen fuel cells for passenger cars: They’re automotive ideas that are never quite born, but just won’t die.

Here in 2021, Battery swapping in EVs has become an especially bad idea. It’s a technical and market dead-end that seems more about separating green investors from their money than providing a solution. That’s despite credulous media reports that coo over the (admittedly cool) spectacle of robots switching car batteries like greasy Rube Goldbergs—but tend to avoid asking tough questions about how it’s supposed to work in the real world.

The technology’s troubled history traces to Better Place, or Exhibit A in the case against battery-swapping’s future. The Israel-based Better Place—founded in 2007 by smooth-talking Silicon Valley entrepreneur Shai Agassi—promised to change the world with robotic service stations that would pluck a battery from a car and pop in a fresh one, extending its driving range in a matter of minutes. In those quaint EV days, with Tesla taking baby steps with the Roadster (built from 2008 to 2011), battery swapping seemed to hold hazy promise. Most newfangled EVs (Tesla excepted) could barely get beyond city limits on a charge, including the 2011 Nissan Leaf and its 73-mile range. Once range was depleted, reliable public charging barely existed, as I recall from my own anxious drives in San Francisco when I tested the original Leaf and BMW i3. When you did find a working plug, batteries took forever to charge.

Better Place’s alternative, through a contract with Renault, was the 2011 Fluence Z.E.: An electric sedan whose upright battery ate into trunk space and provided a piddling 80-mile range. But that battery could drop through the Renault’s floor for swaps at Better Place stations in Israel and Denmark, adding another 80 miles in about 10 minutes, rather than hours of recharging. 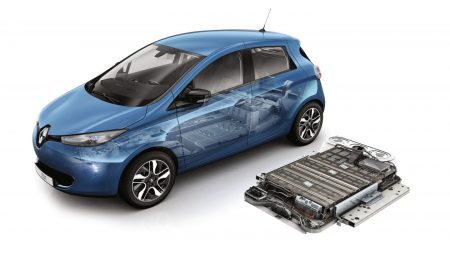 But despite raising nearly $900 million from investors, and the media anointing Agassi as an electric savior, Better Place imploded like the Theranos of its day. Robotic swap stations were supposed to cost $500,000 each, but ended up costing $2 million. Critically, Better Place failed to get any other automaker onboard to design and produce standardized vehicles with swappable batteries, with Agassi alienating such potential partners as BMW and GM. Better Place sold fewer than 1,500 electric Renaults before it was liquidated, with Agassi fired in disgrace in 2012. Fast Company magazine called Better Place “the most spectacularly failed technology start-up of the 21st century.”

That debacle didn’t drive the final, automated nail into battery swapping’s coffin. The latest proponents are China’s EV maker Nio, and Ample, a San Francisco-based startup. China’s Nio has taken on the challenge of designing compatible cars, and a few hundred robotic stations that swap out batteries in three to five minutes. Cars roll into a covered bay for a hydraulic lift. Laser-guided wrenches unscrew bolts and lower the battery case from the car. That battery is whisked away on a motorized track, and a fresh one is installed. Despite the whiz-bang tech, Nio’s stations still require a human operator to safely drive the car onto the lift and monitor the process. It’s akin to every public charger coming with its own pump attendant.

Last fall, Nio launched a “Battery as a Service” subscription: Think of it as buying a car with “Batteries Not Included.” Since batteries remain the most expensive EV component, the plan saves owners roughly $10,000 on the car’s price. In return, owners pay about $142 a month to lease a 70 kWh pack with six monthly swaps. In April, Nio claimed it had performed 2 million total exchanges at its Power Swap stations, with users gaining an average of 123 miles of range per swap.

Today’s new EVs routinely deliver 200 to 400 miles of range, with a potential 517 miles for the forthcoming Lucid Air. Those EVs charge in 35 minutes or less at Tesla Superchargers and other oases for time-pressed drivers. DC fast charging times have soared by roughly sevenfold, to today’s top 350-kilowatt units. Why do drivers need a contraption to extract the 630-kilogram battery of a Porsche Taycan Turbo, when they can juice that battery in 20 minutes flat? Lucid says its Air will add up to 300 miles of range in the same 20 minutes. That’s enough for nearly five hours of highway driving at 60 mph, before it’s time for a fill-up.

“When you’re looking at 300 miles of range from a fast charge, it changes the game for how convenient EVs are,” Michalek said. “You’re going to spend 20 minutes going to the bathroom and getting coffee anyway.”

In addition, the world has spoken, loudly. Governments around the world are choosing DC charging as the tech winner, including President Joe Biden’s plan to invest $15 billion to install at least 500,000 public chargers. Tesla demonstrated battery-swapping in 2013 on its Model S before abandoning the tech—with reasons including cumbersome stations and tepid consumer interest—in favor of its Supercharger network that now appears a smarter bet.