If you’re planning to keep your next car for a few years, you should be considering an electric vehicle to save money, that’s according to a new study.

Analysis of purchase prices and running costs found that family-size electric vehicles are now more cost competitive with petrol and diesel cars – and the longer you keep a battery-powered model the better it will be for your finances.

When taking into account the total cost of ownership, the research claimed the difference between a petrol and electric mid-size car is £132 a month in favour of plug-in models.

The claim that electric cars are now cheaper to own over an extended period has been made by LeasePlan in its latest annual Car Cost Index.

The report looks at the true cost of owning a car – including fuel, depreciation, taxes, insurance and maintenance – in 18 European countries. 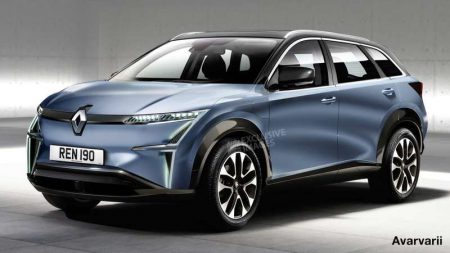 Mid-sized models included in the review include the Tesla Model 3, which has become Britain’s best-selling electric car this year, compared against the likes of the BMW 3 Series and Audi A4 with internal combustion engines.

The report claimed that smaller battery-powered cars – like the Nissan Leaf – remained more expensive than their fossil fuel counterparts due to their much higher purchase price.

However, the gap in ownership costs for this category of car diminishes after four years of ownership, with EVs becoming more affordable than petrol and diesel the longer you keep a car.

This is because owners of battery-powered cars have the financial benefit of far lower charging costs than refuelling a motor with an internal combustion engine, cheaper maintenance and tax bills and other subsidies linked to zero-emission vehicles.

Electric cars currently hold their value much better than models with internal combustion engines, which also has an impact on the long-term ownership costs.

Tex Gunning, chief executive of LeasePlan, said the cost of driving electric cars is now coming down, and motorists are seeing the ‘development of a strong second-hand market for quality used EVs’.

This includes the introduction of the new Volkswagen ID.3 family hatchback with a 260-mile range, which first arrived in the UK a month ago and cheapest versions will cost from under £30,000.

A larger ID.4 SUV will also be sold from 2021 along with a plethora of new plug-in cars from rival brands.

Yet despite the availability of EVs expanding and prices beginning to fall closer in-line with models with internal combustion engines, Mr Gunning warned that governments are failing to provide the charging infrastructure necessary to satisfy market demand.

‘National and local policymakers need to step up now and invest in a universal, affordable and sustainable charging infrastructure to enable everyone to make the switch to EV,’ he said in the report.

‘Supporting the transition to electric mobility is the best investment governments can make – EVs are good for drivers, good for air quality, and one of the most effective ways to fight climate change.’