Peugeot has delivered a mid-life facelift for its 3008 SUV, the hybrid version of which will be priced starting from £37,530 in the UK

Peugeot has rung the changes on its popular 3008 SUV, a car that has carved out a profitable niche by bringing an extra touch of design flair to the compact SUV class since its launch in 2016. This new facelifted 3008 went on sale in the UK in early October 2020, with the plug-in hybrid version priced from £37,530.

The 3008’s mid-life refresh is focused on the car’s looks and technology. The two plug-in hybrid powertrain options that were released earlier in 2020, forming an increasingly important part of the car’s engine range, remain unaltered – as do the conventional petrol and diesel engine options. 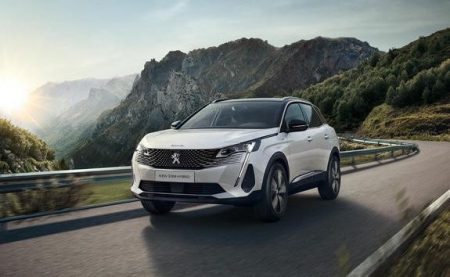 That means buyers can opt for the front-wheel-drive 3008 Hybrid with its single electric motor and 1.6-litre PureTech petrol engine producing 222bhp. Alternatively, there’s the Hybrid4, which adds a second electric motor for an output of 296bhp that’s sent to all four wheels. Prices for the latter version kick off at £42,530.

The standard hybrid model offers an official electric driving range of 35 miles with CO2 emissions of 30g/km. The Hybrid4 trumps that despite its extra power, with a 37-mile official electric range and 29g/km emissions. Both hybrid options are paired with Peugeot’s eight-speed automatic gearbox.

So with the 3008’s plug-in contingent continuing as before, what’s new with the facelifted version of Peugeot’s Nissan Qashqai and Skoda Karoq rival? On the outside, a new grille dominates the front end, bordered by redesigned headlamp units with LED technology rolled out to all models in the range. The rear lights are now LEDs, too, with an interesting smoked glass effect that’s designed, we’re told, to make the tailgate look wider.

Aside from that, there’s now an optional Black Pack on the high-spec GT and GT Pack trim levels that swaps the car’s metallic finishes for darker metalwork and introduces a new set of 19-inch alloys. Celebes Blue and Vertigo Blue join the list of available exterior colours, too.

Inside, there are more telling revisions. The impressive 12.3-inch digital instrument display gets a new look for its graphics and better contrast to make it easier to read. The 10-inch touchscreen alongside it is now higher resolution and there are seven piano-key buttons below providing shortcuts to key features. Wireless phone charging has also arrived and the USB socket count has increased, so that there’s now one in the front and two in the rear. A night-vision system is also available.