A self-navigating car has successfully driven itself for 230 miles, the longest and most complex journey undertaken so far on UK roads by an autonomous vehicle.

The Nissan Leaf, fitted with GPS, radar, Lidar laser measurement technology and cameras, travelled from Nissan’s technical centre in Cranfield, Bedfordshire, to the carmaker’s manufacturing plant in Sunderland, where the model is made. 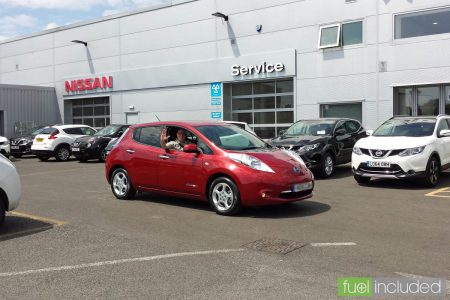 Nissan says the vehicle’s advanced positioning technology allows it to assess its surroundings and make decisions about how to navigate roads and obstacles.

During the journey, named the GrandDrive, the car travelled on a range of roads alongside traffic, from country lanes to the M1 motorway. The autonomous technology activated along the route whenever the vehicle needed to stop, start or change lanes.

The £13.5m HumanDrive project is jointly funded by the British government and an industry consortium of nine partners including Nissan and Hitachi. Its goal is to develop an autonomous vehicle control system that resembles a natural, human driving style. The vehicles have also been driven on test tracks as part of the project.

“The HumanDrive project allowed us to develop an autonomous vehicle that can tackle challenges encountered on UK roads that are unique to this part of the world, such as complex roundabouts and high-speed country lanes with no road markings, white lines or kerbs.”

Two engineers remained in the car throughout the journey, which achieved its target of 99% self-navigation. Human drivers briefly took over the controls when the car pulled in at four service stations en route for checks and charging.