In April 2019, Hans-Werner Sinn and his co-authors started a lively discussion about battery-electric vehicles and their CO2 emissions compared to conventional diesel vehicles.

At thinkstep, we welcome such public discourse, because it’s important to present different perspectives on such complex challenges and to think critically about the transition to more efficient and effective energy and mobility. With a strong background in and continuous experience with the topic, we would like to contribute a few additional comments to the discussion. 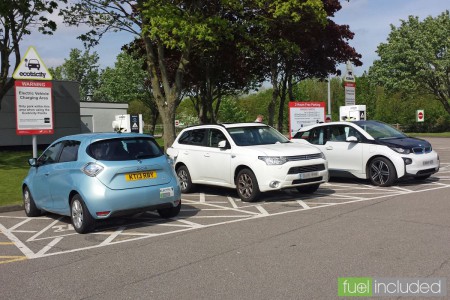 On the one hand, holistic technology comparisons, which take into account the manufacturing, use and disposal of vehicles, are nothing new. thinkstep has made many such comparisons, some of which have been published [1-3]. In those considerations, we repeatedly emphasized that an electric vehicle first has to reach a certain mileage to compensate for the emissions resulting from the production of its large battery. Increasing the volume of green energy in a grid mix in relationship to non-renewable energy sources will reduce the overall emissions associated with that grid mix. So, increasing the number of electric vehicles in production should ideally cause us to generate more renewable energy so as to improve the environmental footprint of electric vehicles in contrast to conventional vehicles.

The current debate about this topic has included arguments from all sides. Among other things, the arguments concern the lack of comparability between diesel and electric vehicles. Of course, there are some significant differences between those two types of vehicles, such as range, maximum drive power and the torque curve. While diesel vehicles have an advantage with range, the electric vehicle is ahead in the other two categories. There is a certain number of people who doubt the importance of making such comparisons, but such comparisons are necessary even though unavoidable differences between the products are part of equation.

2. Emissions from Battery Production Are Key

3. The Source Of Your Electricity Matters

In addition, the corresponding electricity procurement is of immense importance. The use of electricity with low CO2 emissions—in particular, through the company’s own production of electricity from renewable energy—significantly reduces the carbon footprint of the battery. The same applies to the constantly advancing optimization of battery technologies, such as through higher storage capacities and more efficient production processes (e.g., due to the economies of scale already discussed). Electric vehicle manufacturers continue to keep a close eye on all of these developments. However, the same efficient production measures do not lead to the same improvements for a combustion vehicle, because the majority of a combustion engine’s CO2 emissions are generated during the use phase (when the vehicle is driven).