Mini’s long-awaited first attempt at a mass production electric car has been revealed, mating the brand’s classic three-door hatchback with an electric powertrain offering Cooper S performance in a package claimed to be more affordable than every rival.

It has been dubbed the Mini Cooper S E in markets outside the UK, but the brand has chosen to retain the Mini Electric name in Britain to avoid confusion and clearly differentiate it from the standard range. However, the Cooper S badges will remain (alongside new E badging) to denote the performance level.

The most significant development, however, is the car’s relatively low price point: including the government grant for electric vehicles, it will start from around £24,400 – said to be less than an ‘equivalent spec level’ petrol Cooper S. 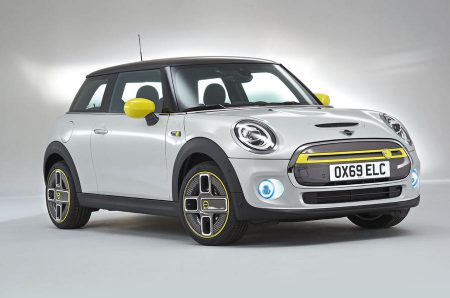 Mini claims development of the Electric involved balancing the car’s ability to travel an acceptable distance on a charge for a car aimed at cities with the desired performance level and aggressive price point.

The compromise that results is a WLTP-certified range of 124-144 miles – about the same as the Honda E, but less than more mainstream rivals such as the Peugeot e-208 and Vauxhall Corsa-e. It achieves this through a powertrain taken from the BMW i3s, making 181bhp and 199lb ft of torque.

That’s mated to a 32.6kWh battery mounted beneath the passenger seat in a T-shape. Unlike the i3, the motor powers the front wheels only. Resulting performance is strong for the class: 0-62mph takes 7.3sec, with the top speed limited to 93mph. Mini says it is also capable of charging from flat to 80% in 35 minutes via a 50kW charge point through a standard public charging cable. Via an 11kW wall box, 0-80% charge can be achieved in 150 minutes, or 210 minutes to full.