All new homes in England will have to be fitted with charge points for electric vehicles, as the government seeks to facilitate the infrastructure improvements necessary for the planned mass-adoption of electric vehicles. 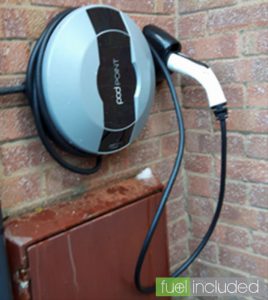 The news comes as Department for Transport has announced a public consultation on the subject. If the planned changes to building regulations go through, it would force homebuilders to install charge points so potential owners could easily charge their plug-in hybrids and electric cars at home. The move would mean buyers of new-build homes would not need to make use of the Government’s home charger subsidy scheme, which has seen almost 100,000 wallboxes installed.

No mention has been made of how new-build houses without off-street parking would be fitted with charge points, but last week the Government invested nearly £40 million into research projects that included wireless charge points, and charge points that rise up from the pavement.