There are many incentives available to encourage drivers to move from polluting petrol and diesel cars to electric cars. They come from national and local government, car manufacturers, suppliers and independent organisations. Here we provide a brief summary of the main incentives currently provided to electric car drivers by the national government.

The UK government provides a grant off the cost of a new electric car as follows:

Note that the grants are capped at 35% of the purchase price for cars and 20% for vans. Plugin Hybrids (PHEVs) with a retail price above £60,000 are not eligible (including the BMW i8 and Porsche Panamera).

Full details are on the government website: Low-emission vehicles eligible for a plug-in grant. There are three grant schemes available to help fund the cost of installing charge points:

The Homecharge Scheme is the one that’s relevant for most electric car owners. Essentially it means that you can get a charge point installed at home for a few hundred pounds rather than at the full price of nearer £1000. For more details see Government Grant for Electric Car Home Charge Point. 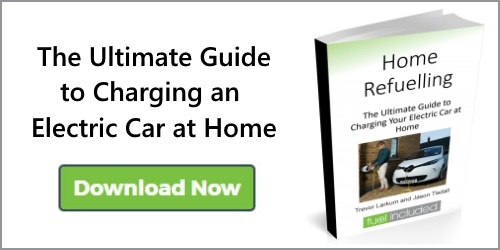 Vehicle Excise Duty (VED), also known colloquially as ‘road tax’, is a tax levied by the government on every vehicle on British public roads, and collected by the Driver and Vehicle Licensing Agency (DVLA). Major changes have been introduced for vehicles registered after 1st April 2017.

The current situation can be summarised as follows:

Full details are on the government website: Vehicle Tax Rates. If you have use of a car for personal transport, and that car has been supplied by your employer, it will be considered a taxable perk by HMRC – a ‘benefit in kind’ (BIK). The Benefit-in-Kind (BIK) is then taxed at your appropriate personal tax rate (usually collected through PAYE).

Petrol and diesel BIK rates depend on the car’s CO2 emissions, and there is a large matrix of rates covering different emission categories up until the scheme changes again in 2020. In summary:

From this we can see that all-electric cars are effectively taxed the same as a very low emission petrol car. However, in practice there are no conventional petrol cars that have such low emissions – they are all plugin hybrids – so in effect all-electrics and most PHEVs are taxed at the same rate of 9%, and the smallest petrol car and biggest PHEVs (e.g. Mercedes C350e) will start at 13%. A typical petrol car like a Ford Focus will be taxed at something more like 30%.

Of course, tax is always a complex issue and you should take advice on your personal situation.