A MAJOR law change which is set to be introduced this year will see all new homes and buildings equipped with electric car chargers have been hailed as “really effective”.

It is expected that a law will be passed this year which will require all new houses and buildings to have electric vehicle charging stations. The Government said the move will see up to 145,000 charging points installed across England each year, in the hopes it will make charging an EV as easy as “refuelling a petrol or diesel car today”.

The changes will also require all newly-built and refurbished non-residential buildings with more than 10 on-site parking spaces to have at least one charge point – as well as cable routes for at least one in five spaces. 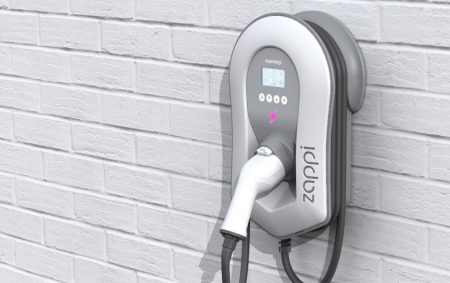 Meanwhile, blocks of flats undergoing major renovation with more than 10 on-site parking spaces will need to provide residents with chargers.

For each dwelling with associated parking, there should be at least one charge point, as well as cable routes in all spaces without charge points.

The Government had previously announced that all new-build homes could be fitted with an electric car charge point in 2019.

Ian Johnston, CEO of Osprey Charging, spoke of how newly built car parks and retail developments will benefit from the EV charger law.

Speaking exclusively to Express.co.uk, he said: “The changes in the planning regulations have been really quite effective in making sure that any new build car park not only has a day one installation of charging infrastructure but is also future proofed for more.

“That is great. We’ve had a number of leads coming to us with people saying they were building a new retail park and they’ve got to have electric chargers, so let’s talk.

“That’s fantastic because it’s forcing people to open the conversation.