Vehicles were targeted in Primrose Hill, Kensington and Chelsea, Dulwich and Notting Hill

Climate action activists have said they “will not stop” after deflating the tyres of “planet-wrecking” Sports Utility Vehicles (SUVs) in wealthy London neighbourhoods.

More than 40 4x4s were targeted in the dead of night in Primrose Hill, Kensington and Chelsea, Dulwich, and Notting Hill by a group calling themselves The Tyre Extinguishers.

The group declared they want SUVs banned in urban areas, pollution levies to tax SUVs out of existence and investment in public transport. 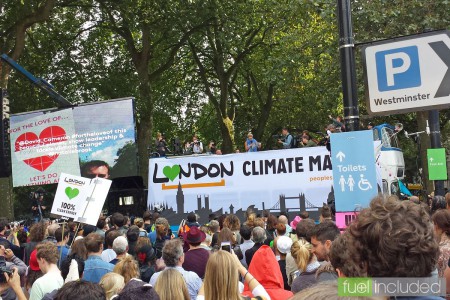 SUVs have already been “disarmed” in Paris, Bristol, Bordeaux, Glasgow, New Jersey and now London where Last Gasp vowed to make it “impossible to own one”, Extinction Rebellion claimed on Twitter.

In a manifesto on their website, The Tyre Extinguishers said the vehicles “exist purely for the vanity of their owners, who see them as a status symbol” and “SUV drivers tend to be richer and therefore tend to be white”.

“We are environmentally friendly but this is not who we are as a community.”

Andy Meyer, a councillor for the City of London, called the activists “narcissists”.

He added: “Vandalising vehicles that may include doctors on call. Just pathetic and dangerous.”