Free from traditional gas engines, EV designers are rethinking the shape of cars. We take a detailed look at the shape of things to come.

What should the cars of the future look like? How smooth, how tall, how spacious should they be? For more than a century, most automotive designers have had to work around an internal-combustion engine and transmission. Gas, diesel, and hybrid powertrains need room to spin and breathe—sometimes to the detriment of passengers. We’re so used to stumbling over the hump of a driveshaft tunnel and giving up kneeroom for the sake of a set-back engine that it never occurred to most of us that anything could be different. But in the future, especially the near future, with a focus on electric cars built on new, dedicated platforms, designers have a rare opportunity to reimagine what a car can offer.

Many early EV ventures used existing platforms and arranged electric powertrains to fit where gas engines and transmissions had previously resided. Even Tesla’s first attempt was a revamped Lotus Elise without its 1.8-liter inline-four. Working on a nondedicated, or “nonnative,” electric platform limited designers’ options for positioning the battery and motor. Automakers often stacked batteries under the rear seat—which is why early EVs sometimes offered less legroom or cargo space than their gas counterparts—and put the motor assemblies under the hood. Even the Nissan Leaf, which packages an underfloor battery in a dedicated EV platform, still follows the old philosophy of carrying a motor where an engine normally goes. Aesthetically, too, the early electrics couldn’t break away from distinct grille shells and large air vents. 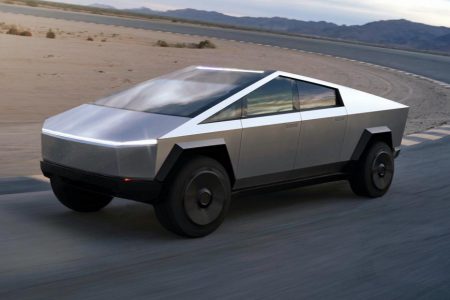 In 2017, the consulting firm McKinsey & Company said long-term use of nonnative platforms for electric-vehicle design was inefficient. Most automakers seem to agree. This year we’ve seen a wave of new models on dedicated EV platforms similar to the flat-battery, motors-at-the-axles “skateboard” layout Tesla has been using since the Model S launched in 2012. Rearrange the words “global,” “modular,” and “electric” and pick your platform from a variety of scalable roller skates with acronyms like EVA and E-GMP to see how designers reshape the automobile when they aren’t working around an engine.

What’s Inside Counts
“We have the opportunity to give the car a totally new kind of proportion,” says Steffen Köhl, Mercedes-Benz director of advanced exterior design. Köhl worked on the EQS, the first car on Mercedes’s new Electric Vehicle Architecture (EVA). The EQS is a luxury sedan with a long wheelbase, a sweeping bridge of a roofline, and a large, screen-filled cabin. Think of it as the S-class of EVs. The underpinnings of an EV allow for bigger interiors in smaller vehicles, he says. It can be “cabin-forward, with short overhangs in front and rear. Since the battery is flat ground, we can try a new kind of interior—smooth panels, the center console floating. There are no more ups and downs between the seats.”

Escaping the tyranny of the center tunnel is exciting to many designers. Imagine trying to decorate a room with an undulating hardwood floor. Furniture would be pushed to the side, with the center of the space unusable. In cars, designers regularly hide the hump with a shallow console in the front; in the back, they simply cover it with carpet and ignore it. But now that they can smooth out that hump, there’s a lot more room to play with. Köhl’s team on the EQS used this newly available real estate for an elegant multilevel console with room for a large bag in a pass-through by the driver’s knee. In Hyundai’s new Ioniq 5, which rides on the Electric Global Modular Platform (E-GMP), the space is left open, giving driver and passenger the opportunity to bump knees romantically at stoplights, although that’s not in the press literature. The flat floor also allowed Hyundai designers to put in a deep console that slides rearward so front-seat occupants can enter or exit from either side of the car.

The Great Outdoors
Early discussion of EV design was a chorus of moans from car enthusiasts about how designers would become slaves to the wind tunnel, pursuing a coefficient of drag that made everything look like an owl pellet on wheels. This dire prediction has not come to pass. Aero­dynamicists have been able to work with shapes that range from the tennis-shoe profile of the Volkswagen ID.4 to the shocking angles of the Tesla Cybertruck to the sports-car smirk of Porsche’s Taycan. According to Köhl, the smooth blob that caused the great panic was never a technical requirement; it was more of a marketing choice.