Aggregated electric vehicles (EVs) participating in Dynamic Containment could earn consumers up to £725 a year, but hardware costs must reduce.

These are some of the key findings of a three-year trial – Project Sciurus – run by OVO Energy, Cenex, Nissan and Indra. It saw between 300 and 400 vehicle-to-grid (V2G) chargers installed, a number which was lowered from 1,000 due to limits of the number of consumers with compatible EVs.

Project Sciurus found that V2G chargers could save consumers £340 compared with £120 when using one-way smart charging. Additionally, by enabling the V2G chargers to provide grid services via Kaluza’s platform, the figure rises to £513 for Firm Frequency Response (FFR) and £725 for Dynamic Containment.

However, there are significant challenges to implementing Dynamic Containment with a portfolio of V2G chargers, with a number of conditions adding both cost and complexity. These includes the requirement for the initiated response to be within 0.5 seconds with a full response within 1 second, assets needing to be aggregated up to 1MW and 20Hz settlement to be installed, among other requirements.

Additionally, while costs of the V2G hardware have come down significantly, they are still too high both for most consumers and for the financial business case to stack up for the operator. By the end of the trial, the V2G hardware and installation cost was around £3,700 higher than that of a smart charger.

A reduction to the incremental cost of a V2G chargepoint is therefore necessary, the project found. In order to make the business case viable, an additional revenue stream as well as tariff-based optimisation must also be considered, with FFR, Dynamic Containment or the Balancing Mechanism possible ways of providing these opportunities. 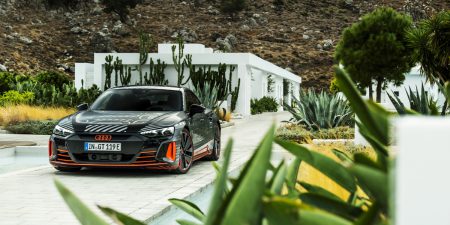 Conor Maher-McWilliams, head of flexibility at Kaluza, said: “V2G is a compelling example of how intelligent electric car charging can create significant financial rewards for customers, while enhancing the resilience of the grid as we transition to net zero.”

The trial – which was funded by the Department for Business, Energy and Industrial Strategy (BEIS) and the Office for Zero Emission Vehicles (OZEV), also found that price spikes occurring in the wholesale market provide a significant opportunity for revenue through V2G. In weeks with price spikes, V2G was able to capture twice the revenue of an average week.

With the trial stretching into 2020, data collected was impacted by the lockdowns, with an increase in the plug-in availability. The annual availability during 2020 was 70%, a significant jump from the 57% seen in pre-lockdown. Despite this, both represent a behaviour change compared with the non-V2G plug-in availability of around 30%-40%.

OVO laid claim to the world’s first domestic V2G charger install in late 2018 as part of Project Sciurus. It has since launched OVO Drive to “lead the way” in the EV market through the expansion of its EV offering as well as the development of new products and propositions.

The financial viability of V2G has been explored in a number of studies and projects, with a report led by Element Energy and released in 2019 finding that it could be economically viable in the near term and save hundreds of millions of pounds in grid costs, but only if the industry can deliver specific conditions.

These largely surrounded reductions in hardware costs, the need for high plug-in rates and the requirement for revenue streams to be stacked efficiently to bolster the business case for each V2G install.

A review of nine European V2G projects – including Sciurus – in 2020 by Cenex found that the traditional model for V2G of generating revenue through energy trading is only one of a number of opportunities for the technology, with other key value propositions being resilience, the benefits to society, enhanced battery management and self sufficiency.

It also found that using V2G for grid services that are based on power availability but have low energy usage will have a limited impact on battery degradation, a key concern surrounding V2G.

This echoes the findings of Sciurus, with participants in the trial reporting that their initial concerns over battery degradation, reliability and costs were alleviated, with this showing demand for the technology according to the companies involved.