BloombergNEF, an energy research firm, says 70 percent of new vehicles will be EVs by 2040. But governments will have to work harder to get to net zero emissions.

A new report from BloombergNEF (BNEF) estimates that, even with no new economic or policy initiatives put forth by global governments, EVs and other zero-emissions vehicles will account for 70 percent of new-vehicle sales by 2040, up from 4 percent in 2020.

But to meet the goal of having net-zero emissions by 2050, a goal stated in the current policies of countries including Canada, the European Union, the United Kingdom, and the United States, BNEF estimates there will need to be policy measures to encourage further adoption of EV and other zero-emissions vehicles, especially in the heavy-duty truck fleet.

Some policies encouraging EV adoption are already in place, but more will need to be adopted to meet the most aggressive emissions goals. 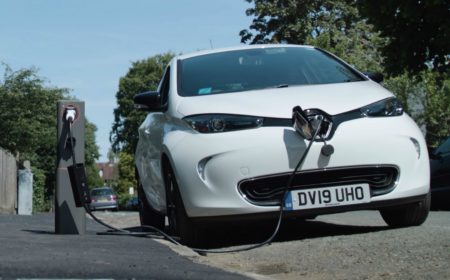 For all the news from carmakers about new and future electric vehicles, you’d think EVs already made up a big part of the global vehicle fleet. But you’d be wrong. Though sales of EV passenger cars are on the upswing—especially in Europe and China—EVs still only account for a small percentage of new-car sales and an even smaller share of cars on the road. A new report from research firm BloombergNEF (BNEF) projects that things could look quite different by 2040, when BNEF says 70 percent of passenger cars could be EVs or other zero-emission vehicles such as fuel-cell vehicles. But even that huge growth won’t be enough for the governments that say they’re targeting net-zero carbon emissions by 2050.

BNEF’s report tallies three million global passenger-car EV sales in 2020. The report predicts that those sales will rise to 14 million by 2025 and will account for almost 70 percent of new-car sales globally and 90 percent of new-car sales in Europe by 2040, even without new investment or enticement from global governments. But some governments, including Canada, the European Union, and the United States, have announced ambitious plans to produce net-zero carbon emissions by 2050. And even given BNEF’s rosy estimates, there would still be internal-combustion-engine (ICE) cars on the roads gobbling up fossil fuels and spewing out carbon emissions by that date.

How to Electrify the Commercial-Truck Fleet?
To avoid a smoggy future, BNEF says governments will need to nudge the hand of the market by subsidizing EV infrastructure, setting stricter limits on carbon dioxide emissions, and implementing mandates for the electrification of commercial truck fleets, which have so far been much slower to electrify than the passenger-car segment. The report also suggests limiting vehicle traffic in urban centers.