To steal a line from Jerry Seinfeld, what’s the deal with electric car names?

As the automotive landscape shifts towards EVs, car makers have come up with some creative names … and some downright odd ones.

For so long they relied on technical specifications like engine capacity to help create simple, easy-to-understand nameplates; like the BMW 318i was a 3 Series with a 1.8-litre fuel-injected engine or an Audi A4 2.0TDI was fitted with a 2.0-litre diesel engine.

But without engine capacities and cylinder counts, or even petrol or diesel to differentiate, the marketing and product planning departments have gone into overdrive. Luckily CarsGuide is here to help you make sense of all these new names.

Audi e-tron
The German brand began preparing for its electric switch long ago, introducing the ‘e-tron’ badge on early plug-in hybrid models and ditching engine capacities in favour of a more esoteric number designation – so an A4 2.0 TFSI became an A4 45 TFSI.

The problem is the company has now applied the ‘e-tron’ name to a single model, right on the cusp of a flood of similar EVs, such as the e-tron GT, Q4 e-tron and A6 e-tron. So how does it make sense?

Well, Audi sees the e-tron SUV (and Sportback variant) as the template for all new EVs, introducing the technology in the same way that the brand called its first four-wheel drive production car the ‘quattro’. It helped establish the system and then it was rolled out across the range.

BMW i
The Bavarian brand had a clear plan for its EV roll-out – a range of bespoke models designed from the ground-up and marketed under the new sub-brand BMW i. The first models were the i3 city car and i8 hybrid sports car, but neither managed to sell enough volume to justify all-new models, so BMW has opted to change course.

Now it will introduce electric versions of existing models, such as the new X3-based iX3 and 4-Series-sized i4, indicating that i is the new EV prefix. The catch is, they’ll also introduce a standalone model called the iX.

This X5-sized SUV is meant to be the flagship of this new range and will arrive to compete with the Audi e-tron, Mercedes-Benz EQC (more on that in a moment) and Tesla Model X. The name is bound to create confusion, with iX likely to be confused with the other models with numerical additions. It also becomes a mouthful when you add in the various model designations – iX xDrive40 and iX xDrive50. 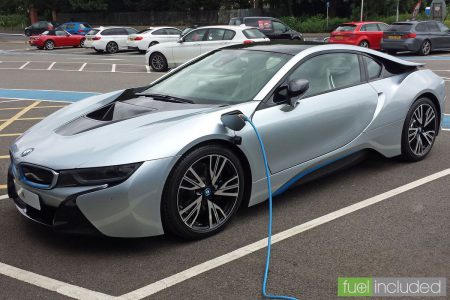 Mercedes EQ
Mercedes has either telegraphed its intentions or perhaps not fully thought through the future and how many models it could have.

In some respects, the brand has done a good job by keeping things simple, creating the ‘EQ’ sub-brand for its initial run of EVs and basing them on its existing range. So, the GLC-based EV is called the EQC, the S-Class version called EQS and the Viano-based model the EQV.

But what happens when the brand wants to build a full-size electric SUV based on the GLS? EQLS? Or a Tesla Model 3 and BMW i4 rival the same size as the C-Class? The EQCC?

Surely, they have prepared a plan for this, but it does have potential to get messy for consumers down the road.

Toyota bZ4X
It’s not clear if Toyota meant to name its new EV SUV this or if someone just mashed the keyboard and liked the result.

But seriously, there is method behind the syntax-defying name, with ‘bZ’ standing for ‘beyond zero’ and signifying the start of a new range of models that will come over the next few years.

It hardly rolls off the tongue like RAV4 or LandCruiser, but it seems EVs can’t have traditional names.