Electric cars have come a long way since the first mainstream models were introduced a decade or so ago.

Since the first truly modern fully electric cars were produced in 2009 and 2010 with the likes of the Mitsubishi i-MiEV, the Citroën C-Zero, the Peugeot iOn, and the Nissan Leaf, things have really come a long way. Back then, electric cars were little more than curiosities and seen as impractical by most people. Many would just discount them as being not ready for the market and unable to compete with normal gasoline and diesel-powered vehicles.

Now, that has all changed, and they are rapidly becoming mainstream and are proceeding to displace fossil-fueled cars – in Norway for example the sale of new gasoline and diesel cars will be banned in less than 4 years. General Motors has announced that it is intending to only sell electric vehicles after 2035, while many other car companies are echoing this too. EVs are now almost unrecognizable from what they were just 10 or so years ago. Here are eight ways the EVs have dramatically improved over the last decade.

Increased Range
The range of EVs has been growing dramatically. When the Nissan Leaf debuted in 2010 it came with an EPA range of only 73 miles, now in its second generation, it boasts 151 miles — a doubling in range in just ten years.

But its 151-mile range is dwarfed by some other ranges out there on the market with Tesla’s Model S reaching ranges of more than 400 miles and the upcoming Tesla Cybertruck Tri Motor and the Lucid Air expected to achieve EPA ranges of up to 500 miles. 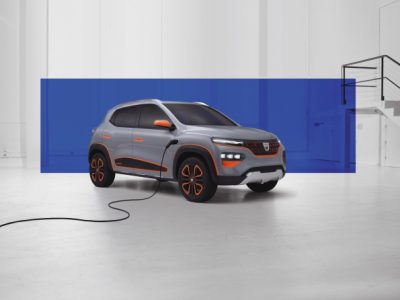 Increased Speed
Tesla’s Roadster, expected to hit production within months, can reach dizzying speeds of up to 250 miles per hour while the Lucid Air is projected to be able to zip along at 168 miles per hour.

The electric vehicles of ten years ago were humble, sluggish affairs that could find themselves stuck in the slow lane of the Interstate Highway. But not anymore!

You can easily explore all corners of California with a Tesla now and while it’s possible some regions may still be very difficult to transverse with shorter ranged EVs – especially in the more mountainous regions that require more power, this is set to change in the near future.

Rapid Charging
The long time it takes to charge the vehicles has also been a significant stumbling block to adoption. But that too is now changing. Back in 2010, the charging times were so long that you basically had to let your vehicle charge in the garage overnight.

Price
Not only has the performance of the EVs gotten better and better, but the price of electric cars has also fallen precipitously. As economies of scale continue to kick in, that trend is set to continue.