As it turns out, renewable energy is helping to keep some people warm and alive in Texas.

As we reported yesterday, people in Texas are in danger due to extreme winter weather, power outages, and contaminated water. Their houses are dangerously cold, they don’t have the ability to boil water, and some don’t have access to water at all.

While many people don’t have a warm place to sleep, some Tesla owners are camping out in their garages, in their Tesla vehicles. Unlike a gas car, you can run an electric car in the garage without fear of carbon monoxide poisoning.

Tesla Texans have taken to various social media platforms to share just how their electric cars have saved their families.

Some Tesla owners own more than just a Tesla car or SUV, but rather a solar roof and Powerwall battery energy storage unit. People who have solar panels of any kind on their home, especially if they have the means to store energy, are much better off than those relying on the failing Texas grid. 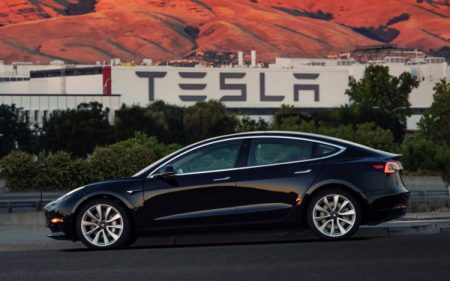 People are concerned that Texas won’t update and winterize the grid appropriately, which means this will happen again. Next time, they need to be better prepared. If their state and its leaders aren’t willing to take care of them, they have to plan ahead to take care of themselves. Interestingly, at least one official in Texas told citizens the problem is not the local government’s responsibility, and they should “fend for themselves.” He resigned shortly thereafter.

Meanwhile, people from all over the country have reached out to help. After Ford North America Product Communications manager Mike Levine posted the first tweet below, he took it a step further, with a few more related tweets.

Ford is even requesting that its Texas dealerships loan out any available vehicles that may be able to help people, such as F150s with built-in generators.

Some Tesla Energy owners have been sharing information related to their solar systems and Powerwalls. Despite the winter weather, they’re still able to capture energy during the day and store it for many hours of relief.