It says grants will no longer be available for higher-priced vehicles, “typically bought by drivers who can afford to switch without a subsidy from taxpayers”.

Tax incentives, including favourable company car tax rates, will remain in place, however.

The changes are expected to allow the funding to last longer and be available for more drivers, reflecting the growth in the number of cheaper electric cars.

Transport Minister Rachel Maclean said: “We want as many people as possible to be able to make the switch to electric vehicles as we look to reduce our carbon emissions, strive towards our net-zero ambitions and level up right across the UK.

“The increasing choice of new vehicles, growing demand from customers and rapidly rising number of charge points mean that, while the level of funding remains as high as ever, given soaring demand, we are refocusing our vehicle grants on the more affordable zero emission vehicles – where most consumers will be looking and where taxpayers’ money will make more of a difference.

“We will continue to review the grant as the market grows.” 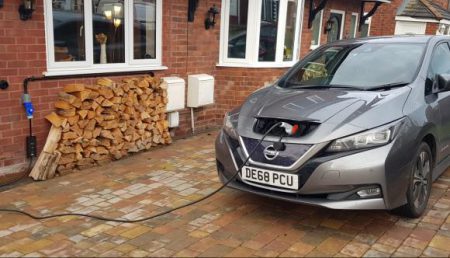 New Government legislation is also set to end the monopoly on electric car charging at motorway services, by ensuring chargers are reliable and accessible by all.

The plug-in vehicle grant scheme was renewed last year when plug-in hybrids and cars costing more than £50,000 were excluded. It was originally introduced in 2011 and has supported the purchase of 285,000 vehicles to date.

Mike Hawes, chief executive of the Society of Motor Manufacturers and Traders (SMMT), believes the decision is the wrong move to make. He said: “New battery electric technology is more expensive than conventional engines and incentives are essential in making these vehicles affordable to the customer.

“Cutting the grant and eligibility moves the UK even further behind other markets, markets which are increasing their support, making it yet more difficult for the UK to get sufficient supply.

“This sends the wrong message to the consumer, especially private customers, and to an industry challenged to meet the Government’s ambition to be a world leader in the transition to zero emission mobility.”

The number of electric cars on UK roads is expected to exceed that of diesel-powered models by 2030, research by The AA has found.

The British Vehicle Rental and Leasing Association (BVRLA) also criticised the timing of the decision to cut the plug-in grant.