Tesla has opened its largest supercharging station in California, to the public with a massive capacity of 56 V3 rated slots to charge the electric vehicle up to 250kW for fast charging.

Standard Tesla vehicles with 85 kWh batteries can fully charge on Firebaugh’s Supercharger station for under an hour only using the solar heat as power. The station is equipped with solar roofs that can significantly block out the Sun’s heat, preventing the car’s interior from rising in temperature and, at the same time, gather those to generate and store power. 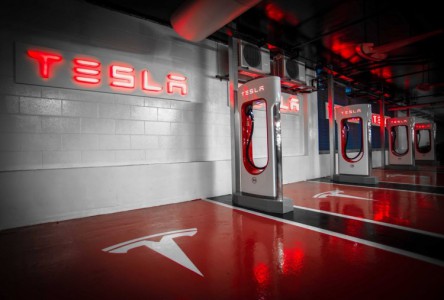