Tesla has upgraded the Model S, its flagship electric sedan, with a new range of 402 miles — thanks to several improvements, including new wheels.

Earlier this year, Tesla released a new “Long Range Plus” version of the Model S with an EPA-rated range that was later updated to 391 miles on a single charge. 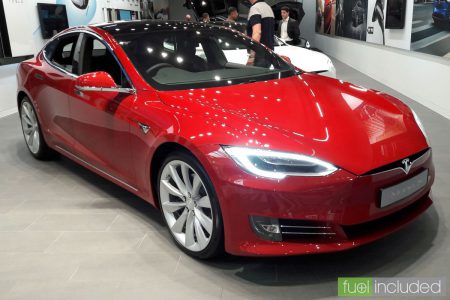 The new version of the vehicle was achieved through several small changes over the last year, and Tesla needed to change the name in order for the EPA to give it new rating.

Around the same time, CEO Elon Musk claimed that Tesla is close to having a 400-mile electric car.

During Tesla’s Q1 2020 results, Musk claimed that they already achieved it because the EPA made a mistake when testing the new Model S Long Range Plus.

The CEO claimed that the Environmental Protection Agency (EPA) left a door open with the key inside the vehicle during their cycle test — resulting in the electric car not going to “sleep” and draining the battery a little too much.

The EPA has denied that.

Now a few months later, Tesla is announcing that it achieved an official EPA range of 402 miles:

This significant achievement reflects Tesla’s obsession with efficiency and energy frugality, and is realized through several changes, both iterative and transformational, in core hardware and system architecture development by the Tesla engineering, design, and production teams. These changes went into production earlier this year when we first started manufacturing Model S Long Range Plus at our factory in Fremont, California. All Model S Long Range Plus vehicles will receive the new 402-mile rating.

It should mean that all Model S Long-Range vehicles produced since February should achieve this range.