Tensions are rising in up to 34 counties in California as residents begin feeling the effects of Pacific Gas and Electric Co’s decision to cut power to around 800,000 customers as a way to avoid potential wildfires in the area.

Amidst the chaos, Tesla owners who have installed rooftop solar and Powerwall 2 batteries are reporting that they are weathering the widespread power outage with no problems.

PG&E’s shutdown has received widespread criticism among CA residents and officials alike. In a statement to The San Francisco Chronicle, Rep. Jared Huffman described the power provider’s strategy as a “lousy set of choices.” Michael Wara, director of the climate and energy policy program at Stanford University, added that the widespread outage shows that the company cannot operate their system safely during challenging times. CHP officers have even started looking into an incident involving a PG&E vehicle in Colusa County that appeared to have been shot at by a disgruntled resident on Wednesday morning. 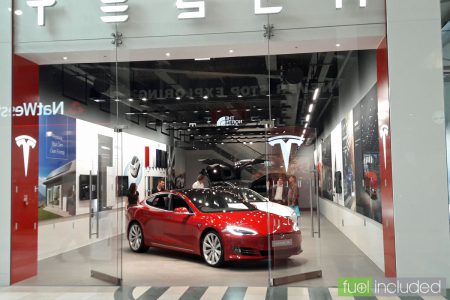 This is particularly prominent among gas stations in the state, many of which require power to function. Only a few gas stations remain operational in CA amid the power outage, resulting in long lines of vehicles as owners attempt to acquire fuel. Ali Alezzani, a manager of an Exxon station on San Pablo Avenue in El Cerrito, noted to the Chronicle that tensions are currently so high, some gas car owners almost got into fights while they were waiting for their turn at the pump. Videos taken of gas stations across the state hint at extremely long wait times as large numbers of car owners line up for a chance to acquire fuel.