BP Chargemaster is laying claim to the first 150kW ultra-rapid charging hub in London as its nationwide roll out continues.

Four 150kW chargers have been installed at BP’s retail site in Hammersmith in London, making the site the first ultra-rapid charging hub in London.

The chargers join the rest of BP Chargemaster’s Polar network and are currently available on Free Vend for a limited time.

The chargers have both CHAedMO and CCS connectors. 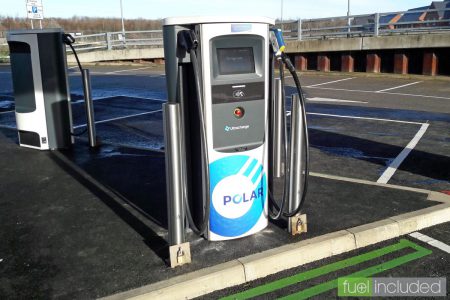 The installs come as part of a wider roll out of ultra-rapid chargers, with a goal of 400 to be installed across the UK by 2021. The project was first announced at an industry event in May by Tufan Erginbilgic, CEO of downstream at BP.

The first two chargers were installed at a BP retail site, BP Cranford in Hounslow, in August.

“While our first two ultra-fast charging locations are within the M25, by the end of the year, we expect to have started to establish a nationwide network, with sites in England, Scotland and Wales.”