German car manufacturer Opel has made what it claims is the world’s first all-electric rally car, which is based on the carmaker’s first electric vehicle.

The Corsa-e is the first time the automaker is offering a battery-electric version of the Corsa, one of its most popular models. 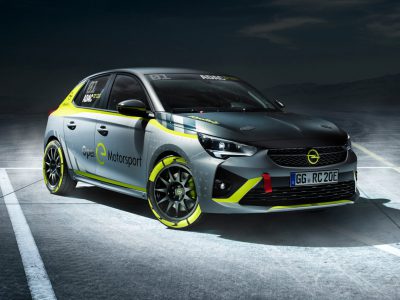 “It is no coincidence that our first pure electric model of the new generation is a Corsa, our most popular nameplate and one of the best-selling cars in Europe”, Michael Lohscheller told journalists at a press conference earlier this year in Rüsselsheim, Germany announcing the company’s electrification strategy.

“The Corsa-e not only makes electric mobility more practical and convenient but also more accessible.”

The rally car version features a lightweight body, integrated roll-cage, and underbody protection for the engine and transmission. There’s also an electric fire extinguisher, quick releases for the hood and hatchback, and regenerative braking capabilities to increase safety.