It was a bold statement from Volkswagen to claim that the ID.3 electric car would represent just the third chapter in the company’s long history. After all, the first two were rather successful – the original Beetle and then all generations of the Golf sold rather well didn’t they?

Still, if pre-orders are anything to go by, it seems as though the newly-named ID.3 could live up to that claim. Within 24 hours of opening up sales earlier this week, VW received a staggering 10,000 pre-orders. 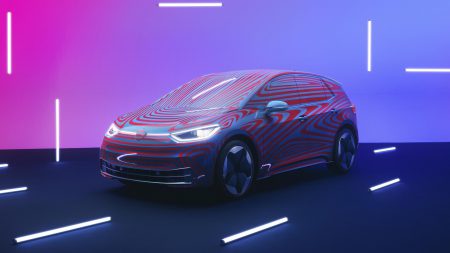 All of those orders were for the 1st Edition spec, which includes the mid-spec battery and a range of over 260 miles at a cost of less than €40,000. Unfortunately, the camo-wrap above isn’t an option – we’ll see the final product at the Frankfurt motor show later this year.