The China-only Renault K-ZE has the potential to be the Dacia of the electric age, offering a 150-mile range for less than £13,000

Verdict: 4*
Decent electric range, reasonable performance and impressive quality standards – all at an affordable price. If Renault could add ESP and bring the K-ZE to the UK for less than £13,000, it could repeat the success it found with Dacia in the early 2000s. In fact, the K-ZE has the ability to surpass all other petrol-powered city cars, which due to upcoming emission standards, won’t be quite so affordable any more.

Solid build quality at “shockingly affordable” prices: that’s how Renault made Dacia such a huge success around the world. Now, Renault is getting ready to repeat this coup with an all-new electric vehicle. In China, the French car maker has just presented the K-ZE, which will be built and sold in the world’s largest EV market this summer – before being rolled out globally at a later date.

Groupe Renault CEO Thierry Bolloré told us: ”This is not a Chinese project. It is a global project”. And even if he won’t mention specific regions, there is no doubt Europe is near to the top of the firm’s list. Especially when conventional cars like the Clio will struggle to meet exacting emissions standards due in the coming years. 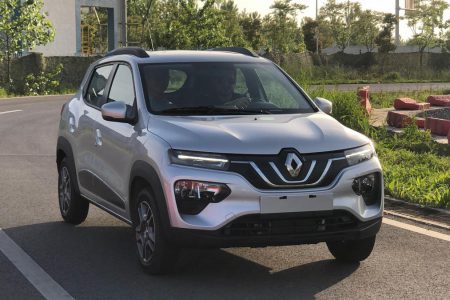 While most of the industry takes its aim at Tesla, the cheap and cheerful K-ZE is a breath of fresh air. At 3.73m-long, with four proper seats (with a fifth as a spare) and a 300-litre boot, this is a small car with big aspirations. Renault claims a reasonable 150-mile real-world electric range and all for a price of around £13,000 before the usual government subsidies.