Millions of people could miss out on the environmental and financial benefits of electric vehicles (EVs), according to a new report.

The report by the think tank Localis warns poorer parts of the country could get left behind unless local authorities are given to power to draw up their own ‘smart city’ plans and energy policies.

In addition, it argues local authorities should be able to form their own consortiums using existing knowledge of their local areas, and also be empowered to work with private energy network providers to deliver the infrastructure they need for the future. 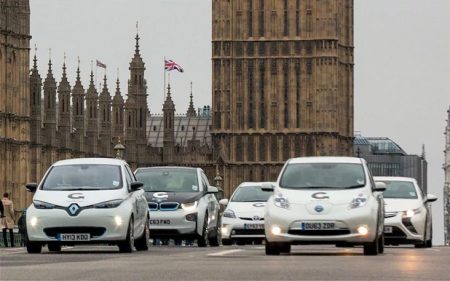 The report also emphasised that families across the UK are at risk of sharing the cost for necessary new energy infrastructure, but not being able to access for themselves the benefits of EVs and other ‘smart’ technologies – driving further inequality between richer and poorer parts of the country.

‘Without a change in regulation, behaviour and a wholesale transfer of powers for local energy policies, we risk a tale of two cities in our major urban centres – deepening levels of inequality between the prosperous and more deprived parts of town,’ said Localis chief executive, Jonathan Werran.

‘A ‘devolution revolution’ in locally-regulated energy markets has the potential to accelerate the nation’s switch to clean growth, turn UK cities into powerhouses for sustainable and inclusive prosperity and improve livelihoods in towns and cities across the UK.’