Electric vehicles make up only a small percentage of the global fleet of cars, but perhaps not for much longer. In some countries sales of EVs are soaring and overtaking sales of traditional cars. It’s no longer hard to imagine that the next generation will view the internal combustion engine in much the same way as we view the horse and cart – a relic of times past.

The Nordic countries are racing ahead when it comes to electric transformation. For instance, of all the cars sold in Norway this year, almost half were electric.

By June 2018, 47% of all new cars sold were either plug-in hybrid or battery powered electric vehicles. 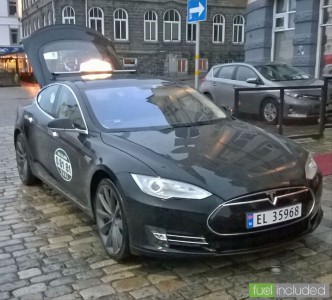 According to the Norwegian Institute of Transport Economics, sales of electric vehicles in fact reached a tipping point in 2014. That year, total vehicle ownership increased, but sales of combustion engine vehicles declined. Electric vehicle sales made up the balance.

Since the 1990s, Norway has had a very generous incentive system to encourage the proliferation of electric cars.

Drivers benefit from free parking and free charging in public places and no annual road tax.
Road toll charges are waived and electric cars are allowed to use bus lanes.

Norway also has the world’s largest fast-charging station, capable of charging up to 28 vehicles at a time in around half an hour.

Oslo is known as the EV capital of the world because of its high proportion of electric vehicles.