British companies installed a record number of public electric car chargers during 2022 as they raced to dominate a fast-growing and potentially lucrative market.

There were more than 8,700 public chargers installed in the UK during the year to 22 December, bringing the total available to more than 37,000, according to Zap-Map, a data company. That represented a 30% year-on-year increase, slower than the 38% annual growth in sales of battery electric cars during the year to November. 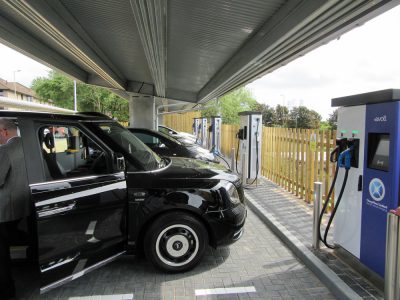 Boris Johnson’s government announced a target of 300,000 publicly available chargers by 2030, when the sale of new pure petrol or diesel cars will be banned. Year-on-year growth of 30% in the number of chargers installed would be enough to hit the target, although that would mean annual installations more than doubling to 19,000 by 2025 and accelerating from there.

Despite the scale of the challenge, many in the industry regard the 300,000 target as realistic, according to Ben Nelmes, chief executive of New Automotive, a thinktank. Charger companies have more investment coming in than they can put to work, but problems may remain where local authorities are slow to act, he said.

Chris Pateman-Jones, chief executive of Connected Kerb, which plans to install 190,000 on-street chargers by 2030, said he expected a further significant increase in charger numbers during 2023, but “much more needs to be done if the country is to be EV-ready for 2030”.