Transporting heavy loads is not something BEV (battery electric vehicles) have proved to deal well with so far.

The massive battery pack they have to carry and the long times required to charge them will be a hindrance compared to FCEVs (fuel cell electric vehicles). On the other hand, small commercial vehicles will do just fine, as Renault proves with the new-generation Kangoo Van E-Tech.

The new van now presents a 45-kWh battery pack, more than double the Kangoo Z.E., which featured a 22-kWh unit. The benefits were also extended to the electric motor, which is more than twice as potent as its predecessor. While the Kangoo Z.E. had a 44 kW (59 hp) motor, the Van E-Tech has one that delivers 90 kW (121 hp). 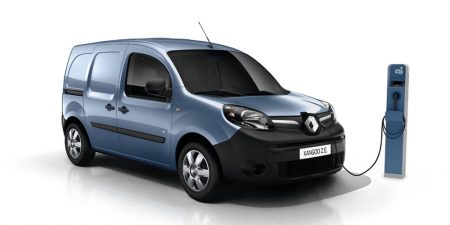 Despite the two-fold improvements, that did not apply to the range. Instead of 170 kilometers (107 miles) of range under the NEDC cycle, it now presents 300 km (186 mi) of range, only under a more severe testing cycle: WLTP. We suspect the lower number than expected has to do with the testing method and the third-generation Kangoo being slightly larger (and heavier).

Renault has been a pioneer in using heat pumps in electric vehicles – with the ZOE – and the new Kangoo Van E-Tech is no exception. Renault says it extracts heat from “the air around the vehicle” without using energy in an electrical resistor. The company also said that the heat pump works best between -15ºC (-17.22ºF) and 15ºC (59ºF).