As petrol stations in parts of the UK started running out of fuel on Friday, business at Martin Miller’s electric car dealership in Guildford, Surrey, started soaring.

After what ended up being his company EV Experts busiest day ever, interest does not appear to be dying down. This week the diary is booked up with test drives and the business is low on stock.

“People buy electric cars for environmental reasons, for cost-saving reasons and because the technology’s great,” he said. “But Friday was one of those moments where people said, ‘Do you know what, this is a sign that we need to go electric’.”

While scenes of chaos play out at petrol stations across the country amid shortages, for many electric vehicle (EV) dealers the fuel crisis has led to an unexpected surge in inquiries and sales.

EVA England, a non-profit representing new and prospective EV drivers, reports a rise in electric car inquiries and in interest at EV dealers, particularly in the last week. 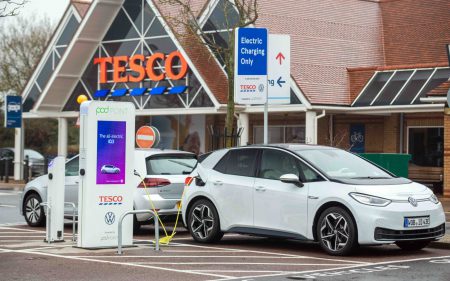 “Saturday was bonkers but Friday even surpassed that, it was very strange,” said Miller, who founded his company four years ago. “I’ve now got trade-in cars with no petrol to move them.”

Along with existing factors such as the expansion of London’s ultra-low emission zone, the fuel crisis has proved to be another trigger point, he said. “People were using it as ‘this is the moment where I’m not going to put this off any longer’.”

The EV market is no longer the preserve of innovators and early adopters, he said, with the most popular models the Nissan Leaf, Volkswagen ID 3 and Jaguar I-Pace.

Ben Strzalko, the owner of Electric Cars UK in Leyland, Lancashire, said that as a small business it would take a few months to feel the knock-on effect of the fuel crisis on sales.

But every time there are problems with petrol or diesel, he said they acted as “one more tick for people making that transition to electric cars”.