Electric vehicles are growing in popularity, but there are frequent claims the batteries in them aren’t up to snuff. Andrea Graves sets the record straight.

The electric vehicle feebate announcement has spurred keyboard warriors to “educate” others on the harms of EV batteries. Environmental and human rights advocates have emerged from unexpected quarters: Winston Peters is concerned about labour conditions in African mines and joins Judith Collins in fretting about a looming stockpile of depleted EV batteries.

These alarming claims deserve more than research via social media. Are they true?

Fiction: EV batteries will form a waste mountain
The worried politicians could turn to New Zealand’s Battery Industry Group (BIG), a stakeholder group of businesses, individuals, organisations and academics from energy, transport, waste and battery sectors. It’s committed to avoiding a large-battery legacy problem and co-designed a circular product stewardship scheme that is now with the Ministry for the Environment.

If the scheme becomes a regulation, all large batteries will have their chain of custody tracked after import. Their life expectancy varies by make, but the life of a Nissan Leaf’s relatively small and faster-degrading battery might look like this: five years with an owner who needs a long-range vehicle, who sells to someone who’s willing to charge up more often, who after another five years sells cheaply to someone who only tootles around town. A few years later, its remaining capacity can remain useful for a “second life” outside a car. Counties Power, for example, will shortly install ex-Nissan Leaf batteries to store electricity to cover outages and voltage fluctuations in remote locations. It’s also working on a battery bank to store off-peak electricity to power EV charging stations. 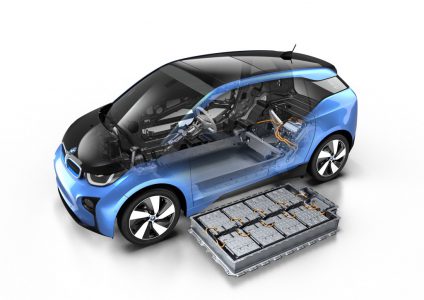 Fiction: EV batteries aren’t recyclable
BIG proposes collecting a fee when a battery is imported, which would fund the dissemination of batteries for second-life uses or recycling. Dr Peng Cao of the MacDiarmid Institute and the University of Auckland says that EV batteries are completely recyclable – but it’s not profitable and existing methods are polluting. Local recycling options are being explored, and nationwide scrap dealer Metalman hopes to soon offer a recycling service for all common battery types.

Fact: EV batteries (and all electronics) contain toxic materials
All electronic gear, from cellphones to televisions and electric toothbrushes, includes materials that can be toxic. Like oil, the materials are extracted from somewhere on the planet, and the resulting environmental destruction is comfortably distanced from our shopping experience. EV battery metals are no exception, but there is a mammoth push to do better.

“Developing environmentally friendly, less toxic batteries is a really hot research topic globally,” says Cao, who is part of this effort. “The second generation of EVs tried to minimise the use of cobalt. Now producers are trying to move away from it altogether. And the new chemistry batteries should be cheaper.”

A battery based on aluminium, an abundant and less toxic metal, is being developed by Wellington startup TasmanION.

Fact: Children mine cobalt for batteries (and oil refining etc)
This is true and troubling. About 40,000 children are thought to be involved in dangerous, unregulated mining in Democratic Republic of Congo. Poverty drives their families to it. The most valuable metal they unearth is cobalt – the same metal battery manufacturers are trying to retire from their products. International coalitions are working to improve the conditions that drive children to work in the mines and to source less exploitative cobalt from the murky supply chain.

But before you throw stones in a cobalt revolt, check whether you’re living in a glass house. Cobalt is also used in oil refining, the superalloys of aircraft engines and prosthetic joints. And do you own gold, drink coffee, eat chocolate, sugar or bananas or wear cotton? These are some of the products produced by an estimated 160 million children who labour in often dangerous conditions.

There are also valid concerns about rechargeable batteries’ other metals, particularly lithium. Again, there’s a huge research thrust to address that, with a local company at the cutting edge.