Vauxhall is the latest car maker to have tweaked pricing for its electric car range in the wake of the government’s changes to the Plug-in Car Grant.

The Corsa-e supermini’s pricing remains unchanged as this model falls beneath the new £35,000 threshold.

The price cuts are in response to the government changing the Plug-in Car Grant last week. 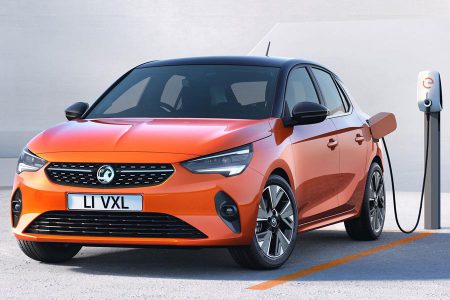 Paul Wilcox, Vauxhall’s recently-appointed new managing director, said: ‘At Vauxhall, we believe in making sure our vehicles are as accessible as possible to the greatest number of people, and especially so when it comes to zero emissions-in-use motoring, so I am pleased to confirm that all Corsa-e, all Mokka-e and the new Vivaro-e Life Combi are eligible for the government Plug-in Car Grant.’

The announcement of the changes to the grant came out of the blue and Vauxhall is one of a number of manufacturers who reacted quickly and changed prices for their pure-electric models.

The government’s announcement caught the car industry off guard, with Mike Hawes, SMMT chief saying it was ‘the wrong move at the wrong time’ that ‘moves the UK even further behind other markets’.