Electric cars are now cheaper to insure than their petrol and diesel counterparts, according to analysis of the electric vehicle market by heycar.

The online car marketplace analysed what a typical driver can expect to pay for a 12-month insurance policy and found that electric vehicle owners are increasingly getting favourable results.

For electric car drivers, 2020 marked a tipping point as data from two of the largest price comparison sites showed that electric vehicles are now consistently cheaper to insure than comparable petrol and diesel cars.

Examining annual insurance trend data from GoCompare, heycar found drivers of the electric Nissan Leaf paid on average £394 a year in 2020. Meanwhile owners of the smaller and cheaper to buy Ford Fiesta were charged £550 for their yearly premiums across all petrol and diesel models.

In 2019 Nissan Leaf drivers paid an average of £424 for their yearly premiums, while drivers of the smaller Ford Fiesta paid £602.

This trend is echoed in data from MoneySupermarket. Figures from the price comparison site show that the electric Renault Zoe cost £451 to insure on average in Q2 2020. In comparison, a Vauxhall Corsa owner paid £776 – more than 70% more than its electric rival. 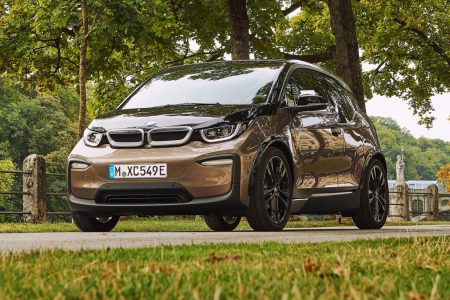 When it comes to luxury electric models, the Tesla Model 3 is the most expensive model to insure based on data from MoneySupermarket. However, it also followed the downward price trend seen elsewhere – with the average premium falling 16% from £1,464 in 2019 to £1,223 in 2020.

According to the Association of British Insurers (ABI), premiums for electric cars fell in 2020 because more insurers are entering the market to accommodate the growing number of electric vehicles on the UK’s roads.

Industry data from the Society of Motor Manufacturers & Traders (SMMT) shows a significant increase in the number of new electric vehicles being sold in the UK, with a year-on-year increase of 186% in 2020.

Mat Moakes, CEO at heycar, said: “It is generally assumed that the insurance price for electric vehicles greatly exceeds the price of its diesel and petrol counterparts and it certainly used to be that way.

“But our analysis shows that it is now the opposite as more insurers enter the EV market, which helps bring the price down.

“The cost of electric cars is finally getting cheaper, which is great news for people who drive EVs – and those looking to make the switch – to cut their carbon footprint as they can now do that without footing a huge insurance bill.

“Last year was definitely a tipping point, with insurance premiums for electric cars falling significantly in 2020.”