On Tuesday, Ars took a look at how Houston handles hurricanes, particularly in light of the city’s botched response to Hurricane Rita in 2005. Back then, millions of Houstonians poured onto the roads to escape the storm’s grasp only to find impenetrable traffic. Senior Technology Editor Lee Hutchinson was one of them, describing a “stupid fucking shambolic evacuation” that crept along at an average of 6.7mph (10.8km/h) for nearly an entire day and night in brutal Texan heat and humidity. Many just ran out of fuel on the road, a consequence of idling bumper to bumper for hours and hours with the AC running.

FURTHER READING
Science and steely nerves spared Houston from a nightmare hurricane evacuation
In the comments, a reader asked a question that provoked a long discussion in the Ars office that morning—what does this mean for electric vehicles? 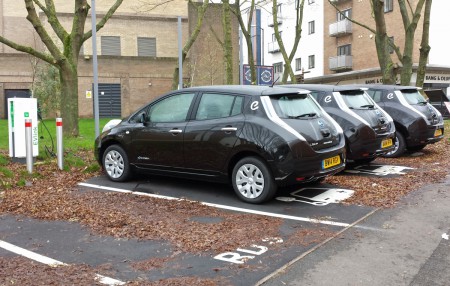 Don’t sweat it
As it happens, sitting in stationary or walking-pace traffic for 20 hours is the kind of thing at which an EV excels. Unlike a car with an idling engine, an EV’s battery only has to energize the electric motor when motion is actually called for. Add in regenerative braking that recovers some of that energy instead of wasting it as heat, as friction brakes do, and it’s advantage EV.

That still applies even if the outside weather is hotter than body temperature. As all EV drivers know (and many EV critics like to point out), turning on the climate control in an electric car has a negative effect on your predicted range.

But keeping cool is unlikely to require more than 2kW, since the electric air conditioning condensers used by EVs require less energy to operate than the belt-driven versions in conventionally powered vehicles. Running a Tesla AC continuously in a heat wave will eventually deplete its battery, but only sometime after your neighbor’s thirsty V8 freedom-mobile runs dry.

In an ideal world, as long as your evacuation destination is within range when you set off, the wrath of Mother Nature should not dissuade you from going electric—thereby helping to save Mother Nature.

But we don’t live in an ideal world; we live in one that’s warming, with increasingly destructive storms from which people will need to flee. Those who don’t have the range to evacuate on a single charge will need to stop and plug in.