TESLA has launched its first ‘V3’ Superchargers in the UK, offering British owners of its electric cars the ability to recharge their vehicles at up to 250kW — equal to 75 miles of range added every five minutes, or a rate of 1,000 miles per hour.

The batch of eight V3 points are located at Tesla’s new Park Royal charging station in London, and sit next to a further eight V2 Superchargers, which, with a peak output of 150kW, are still pretty quick as public charging points go. 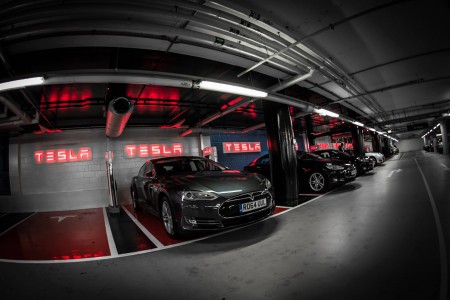 However, the V3 posts have all-new architecture that is not only capable of delivering more kilowatts to the battery packs per second, but also won’t split the power supply between vehicles charging nearby, allowing owners to charge at the maximum power their battery can take.

New software in the cars will also pre-warm the batteries while en route to a Supercharger, which is claimed to reduce average charge times by 25% by ensure they are already at the optimal temperature to receive an ultra-fast charge on arrival.