Opel aims to deliver a small, punchy and affordable electric car when it launches a full-electric version of its popular small hatchback in November.

The Corsa-e is the brand’s first battery-powered vehicle developed since becoming part of the PSA Group two years ago.

Under previous owner General Motors, Opel was an early proponent of electromobility with the Ampera plug-in hybrid, which debuted in 2011, and the full-electric Ampera-e, with its 423-km WLTP-certified range, that arrived six years later. Both Ampera models flopped, however, partly because of their high starting prices. 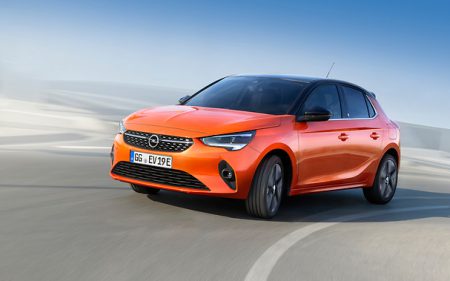 Opel wants to be more competitive this time with a lower cost of entry — 29,900 euros — along with offering numerous related services including charging. The starting price is still more than twice that of the entry gasoline version of the Corsa, which will cost 13,990 euros.

“The know-how we have collected [from launching the Amperas] is a tremendous help now that the whole automotive industry is entering the era of mass electrification due to the CO2 targets set by the European Union,”

CEO Michael Lohscheller said at the debut of the Corsa-e this summer.