Millions of buyers are in the perfect position to buy an electric car, research by What Car? has found…

Electric car ownership is the right choice for at least 1.5 million UK households today, according to new research by What Car?. That’s the number of multi-car homes in the UK with a sweet-spot combination of off-street parking for home-charging and at least one vehicle that never does more than 100 miles in a single journey.

What Car? approached 2310 current electric vehicle owners and a further 23,500 non-EV owners to understand how they used their cars on an everyday basis.

The research found that 17% of multi-car households have at least one vehicle that never makes a journey of more than 100 miles. Overlaying these numbers with the percentage that have a driveway for home-charging (88%), What Car? calculated that 1.56m households – of the 27m in the UK – could convert to a pure electric vehicle without any compromises today. This figure is set to increase as charging infrastructure and electric vehicle range increases in future years. 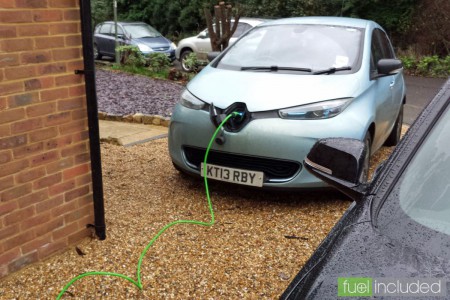 To further support the arguments for purchasing an electric car, a surprising two-thirds of households that already have one, as well as a traditional petrol or diesel vehicle, say they now use the EV as their main vehicle.

2019 has been labelled the year of the electric vehicle, with no fewer than 19 different pure battery powered cars hitting the showrooms. The latest is the Oxford-built all-electric Mini Electric, which launches this week. It is being revealed just months after What Car? awarded its coveted Car of the Year accolade to the all-electric Kia e-Niro – the first time that an electric car has won the award.