A lack of choice has been one reason that buyers in Europe have not fully embraced full-electric and electrified plug-in hybrid cars.

But that is quickly changing as automakers prepare to launch more models to prepare for tougher CO2 emissions regulations that start to take effect in 2020.

The number of EVs on sale in Europe will increase to 24 this year from 18 last year as new vehicles such as the Audi e-tron, Tesla Model 3, Mercedes-Benz EQC, Mini EV and full-electric Volvo XC40 crossover hit the market, according to LMC Automotive data — which excludes very-low-volume niche models. The number of plug-in hybrids will nearly double to 53 this year from 27 in 2018, LMC says.

But the real jump will come in 2020, when the number of full-electric cars on sale doubles to 48 and plug-in-hybrid choice reaches almost 100, according to LMC data. 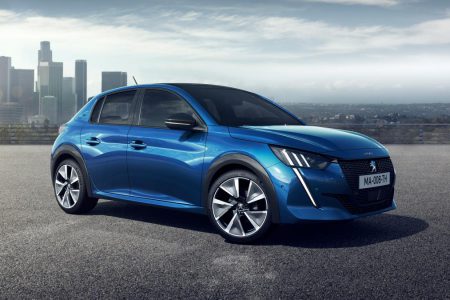 Next year battery-powered cars underpinned by Volkswagen Group’s flexible MEB electric-car platform and aimed at the mass-market will go on sale. VW brand’s Golf-sized I.D. hatchback will come first but it will soon be followed by MEB cars from the Audi, Skoda and Seat brands. They will have ranges of more than 550 km (342 miles), to ease range anxiety fears among car buyers.

It’s no coincidence that 2020 is also when the EU will start fining automakers if they miss their stricter CO2 reduction targets that are being implemented to help reduce greenhouse gas emissions blamed for contributing to climate change.

“We have only one target, which is to be compliant for CO2 targets for 2020, so 2019 will be the launch of all our electric and plug-in hybrid vehicles,” Maxime Picat, PSA Group’s operations director for Europe, told journalists in January.