The Volkswagen Passat range has been facelifted for 2019, with the GTE model getting longer electric-only range of 35 miles

Within the next month or two, the 30 millionth Volkswagen Passat will have been produced. Eight generations have hit the road since the car’s launch back in 1973, and UK orders for this newly updated Peugeot 508 rival will open in June.

The latest version is still based upon the Mk8, but VW believes the changes are significant enough to consider it a ‘Mk8.5’. Under the subtly massaged metal, the revised Passat packs improved safety tech, updated infotainment and connectivity systems, semi-autonomous driving capability and an overhauled engine range. 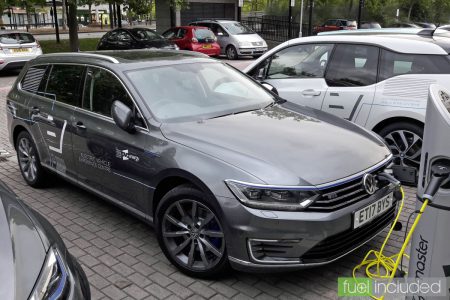 Perhaps the most significant change under the bonnet is an improved GTE plug-in hybrid. The power output from the petrol/electric set-up remains the same as before, at 215bhp, but a larger-capacity battery – up to 13kWh from 9.9kWh – sees the electric-only range rise to 35 miles on the latest WLTP standards. That’s an increase of 40 per cent. However, there’s no fast-charging tech, so at best the GTE can replenish its cells in four hours.