The company is cutting 15 percent of its workforce and shuttering five plants.

General Motors announced today that is planning to lay off 15 percent of its contract workers, shutter five plants in North America, and discontinue production on six vehicle models next year. The move comes as part of a major restructuring of the car manufacturer that has been suffering from lagging sales. Going forward, GM intends to focus on electric and autonomous vehicle programs, just like basically every other car maker.

As many as 14,000 salaried and contract workers will be out of work as a result of GM’s new roadmap. The company is also “unallocating” resources to plants in Oshawa, Ontario, Canada; Detroit, Michigan; Warren, Michigan; White Marsh, Maryland; and Warren, Ohio. The decision puts the future of those plants in limbo, but they will at least see a decrease in production if not a complete shut down. 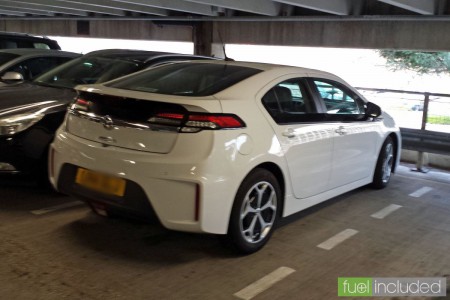 In addition to major slashes to its assembly lines, GM will also cease production on six vehicles, according to USA Today: Cadillac XTS and CT6, Buick LaCrosse and Chevy Impala, Cruze and Volt. The decision to cut out the Volt, a plug-in hybrid vehicle, seems odd given GM’s promise to focus on electric cars. It also marks the death of one of the cars lauded as a success for the company following its bankruptcy in 2009. The decision follows fellow American automaker Ford’s decision to kill off production of most of its vehicles earlier this year.